Satya Morrison has been working in the IT industry for over 20 years, and before that studying and beginning her IT interests when in early highschool pulling old apple II computers apart and programming simple text based games. 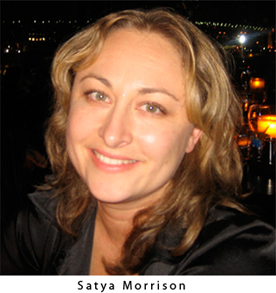 After studying Information Technology and then as one of the first streams of Multi media students to go through Crows Nest College of TAFE Satya landed a position in 1997 as a Graphic Designer for the leading eLearning company globaly originally CBT Systems, then Smartforce (now merged with SkillSoft).The products were all cd-rom based and the department specialised in Interactive Interpersonal Skills training courses (while other departments did exciting courses on MS Ofice and programming).

After 2 years the company moved to online deployment and all staff were trained in Web Development using html, java and flash products to add to their skill sets. Another 3.5 years past and Satya became proficient in all of these mediums and enjoyed working with the team of designers, programmers, writers and quality assurance. The time came for Satya to move on to another role as a project Manager for The Technology Supply Co. and also begin her own Web Design business in 2003. During a short sea change, Satya took a year out to manage a cafe with 10 staff (while also managing their technology, designing their menu, logo, business card layouts and having some of her own website clients still) and study Remedial Massage and Natural Therapies at Nature Care College St. Leonards.

The interest in Massage led Satya to join the 3 Minute Angels in 2004 and within a year became the NSW State Manager. After a year of State Management she then moved into managing the technical team and became National Business Systems and Operations Manager overseeing a team of 200+ nationally. At this point part ownership was offered, which still continues today. 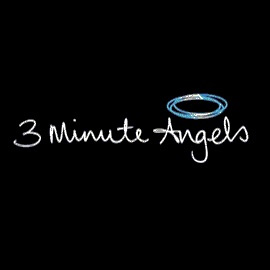 The 3 Minute Angels site not only has a front customer facing site with a members area and booking engine, but also a large extensive database driven backend system which runs all of the client relationship management including quoting and invoicing, plus a large array of staff management tools which includes rostering, HR complience, reporting and payroll nationally.

Mid 2009 Satya stepped out of the General Manager position from 3 Minute Angels and decided to take a part time management position so that she could focus on Web design and Development for her other clients and purchase an Art Supplies store in Richmond NSW as a family business. Presently Satya manages SatyaMorrison.com Web Services out of Richmond Art Supplies and also assists in the management and running of both along with 3 Minute Angels. Satya is also the Publicity Officer for Macquarie Towns Arts Society and enjoys painting and supporting the arts and crafts of the Hawkesbury region.

So far it has been a very rewarding career with many exciting opportunities. There is still a lot yet to come, so watch out for updates!